I am a bit behind on my posts. In preparing to do an April garden update, I realized I missed March!

March came in like a lamb that hung around for about a day, then immediately turned lion-like. We had several strange snow events, where it snowed for 12 and 15 hours but accumulated next to nothing. As it snowed, the daffodils began to appear. 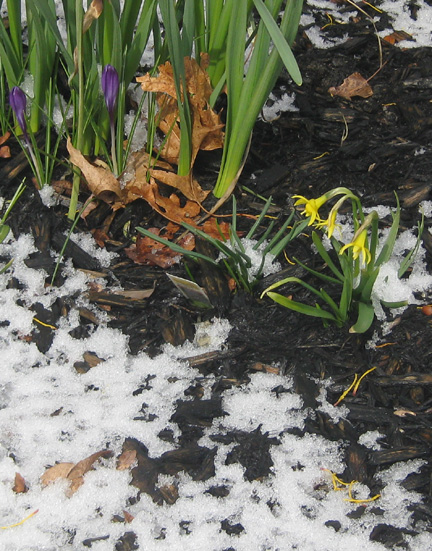 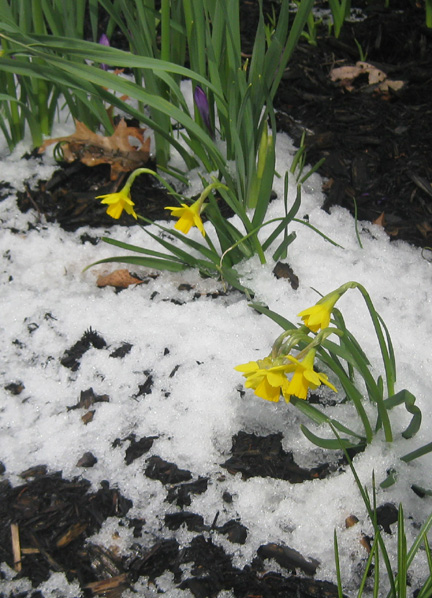 The witch hazels kept on blooming, right through until almost the end of March. We had almost two full months of blooms from this! 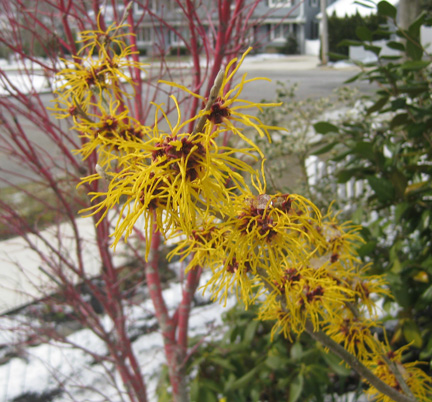 And the daffodils began to appear in force:

Sometimes they were mixed in with the crocus:

In some places, there were more crocus than daffodils:

The hellabore by the front step began to open up:

By the end of the month, more daffodils, a foreshadowing of what was coming: 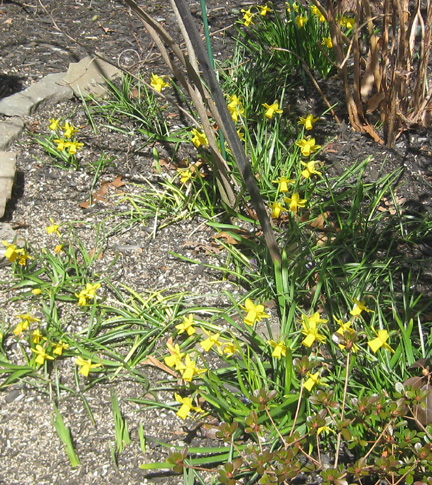 We varied all that yellow with some pansies:

And hiding in the back near the new raised rock wall was this demure clump of crocus:

By the beginning of April, the bulbs had completely taken over the gardens! We had a bumper crop this year, but that will wait until April’s garden update!

This entry was posted on Wednesday, April 24th, 2013 at 6:48 pm and is filed under General. You can follow any responses to this entry through the RSS 2.0 feed. You can leave a response, or trackback from your own site.